Going up against Goliath. David Haye takes on a new challenge in our latest doc.

Our latest documentary has been released on Amazon Prime. “David Versus Goliath” charts the amazing rise of ex-Heavyweight World Boxing Champion David Haye from total card-playing novice, to taking on the world’s best poker stars in one of the world’s biggest tournaments, “Goliath”.

Following Haye for over 12 months prior to the Goliath event, Director Colin Offland was keen to provide an honest account of Haye’s trials and tribulations as the former boxer fought to embrace the nuances of a game which was totally alien to him. Colin explains: “David had us all doubting whether he could master this challenge on a daily basis. In the end we needn’t ever have worried as once his true determination to succeed came through, much as it did in his career as a boxer, his abilities around the poker table were soon evident”.

The documentary also provides a charming insight into Haye’s relationship with fellow Heavyweight and former competitor Audley Harrison. The two are close friends and with Harrison having pocketed over £300,000 in poker tournaments winnings he proved to be a worthy man for Haye to have in his corner.

David versus Goliath sees David travel the world to play in poker tournaments, meet with pokers pro’s and learn what it takes to compete from actors, memory coaches and psychologists.

Offland added: “David is a confidence driven kind of guy and really not used to being the underdog in any circumstance. So to aim high in an event featuring over 9000 players, whilst not out of character, was amazing to witness and a great lesson that inner strength is a powerful tool.”

David Versus Goliath is available on Amazon Prime now. 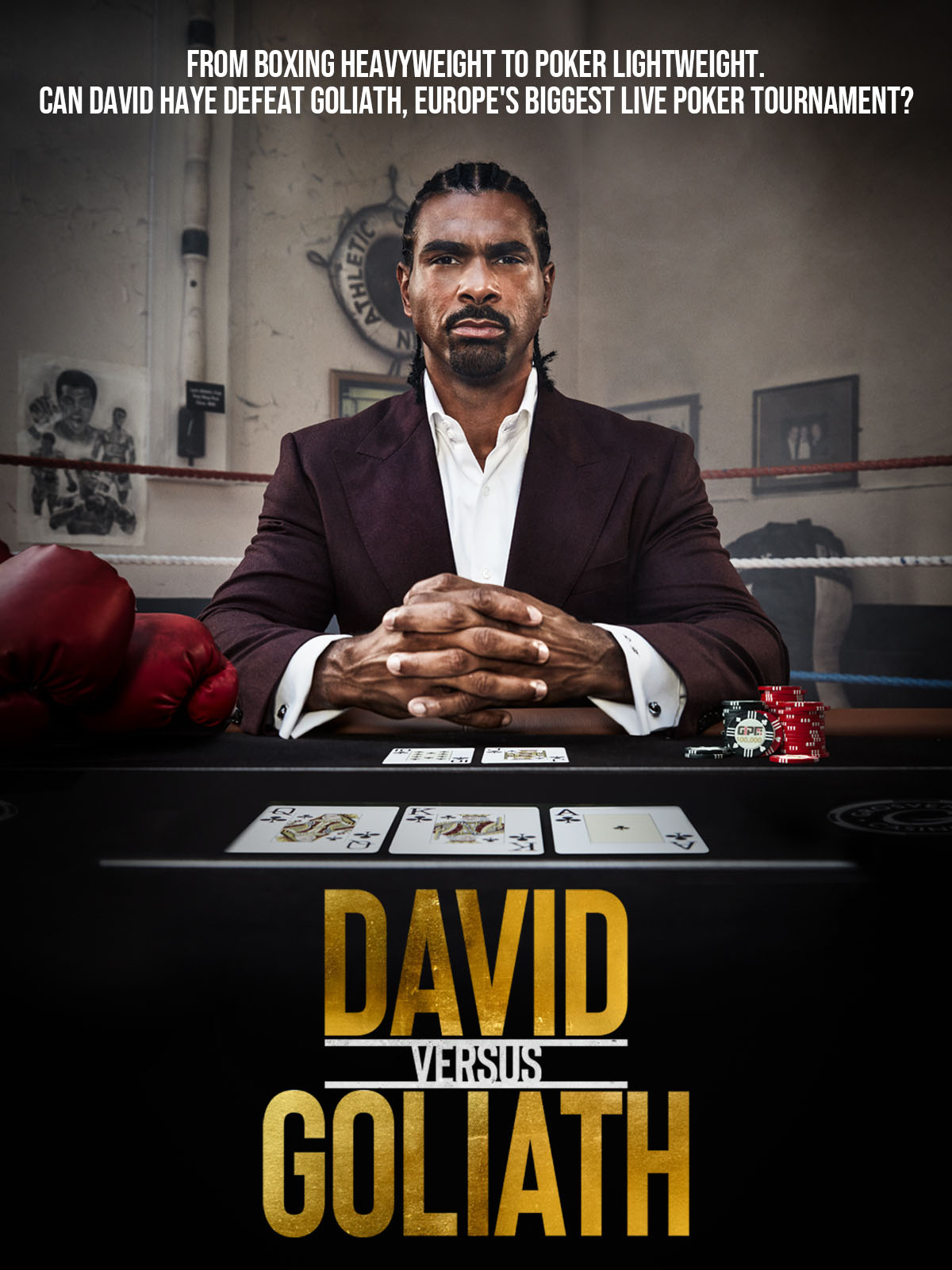