Chief Productions and the BBC launched the 2021/22 Women's Super League (WSL) Season with a fresh, dynamic title sequence.
‍
Fresh from the success that our team of Director Yoni Weisberg and Head of Post Ben McFarlane masterminded for BBC Sport with the Euros titles, we are excited to launch the Match of the Day WSL title sequence. Partnering up again, football artist Yoni and Ben have combined to create a sequence that is fresh, vibrant and captures the on-field energy and excitement of the WSL.

First broadcast on the afternoon of September 4th on BBC One, the titles are set to be shown before each one of the 22 live matches planned for broadcast on the BBC, as well as the weekly Highlights show for the league, which runs until May 2022.

All post-production and animation was completed at Chief Post, with designs provided by Manchester-based studio Dr Me.

Commenting on the work, Weisberg and McFarlane said: "It’s fantastic to see the WSL broadcast on terrestrial television to really signal a big step forward in the equality of the game."To mark this moment, we wanted to create something with confidence to state a real arrival of the Women’s game on our TV screens and feel this approach does exactly that. No apology, not conventional, just something bold but confident in itself. It’s a real honour to be associated with such a groundbreaking moment." 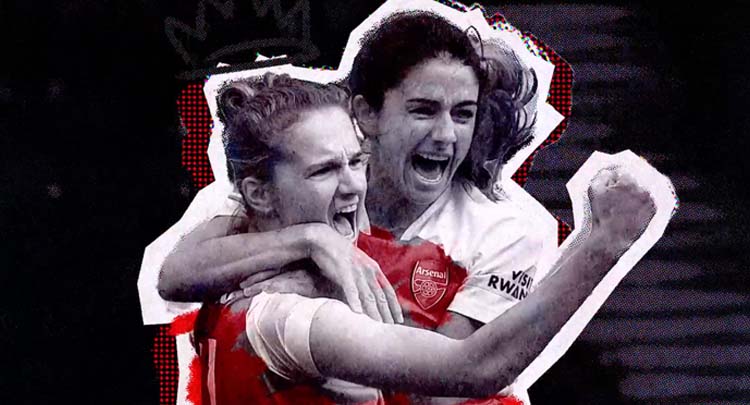